UK screening of 'The Thief & the Cobbler: A Moment In Time' 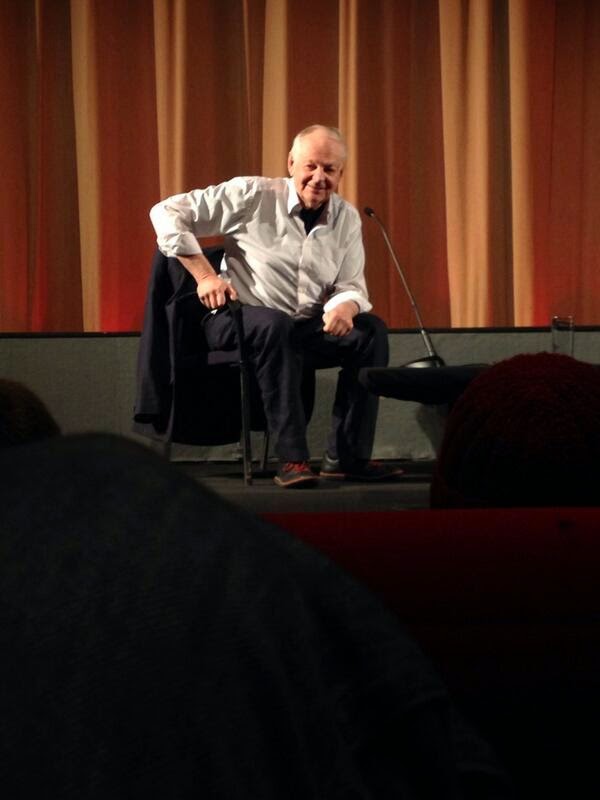 The film screened at the BFI today along with 'Who Framed Roger Rabbit?' and Richard Williams was present to do a Q&A. Here are some of the reactions to the screening on Twitter:

Cartoon Brew highlighted the event and the comments section raised some interesting rumours:

'A very reliable source (who I don't want to name since it's not my place to do so but he worked *very* closely with Williams on The Thief) told me that Williams intended to cut the workprint version of the film, and edit it down to make it far tighter than the versions currently doing the rounds.

Both the workprint and Recobbled cuts - as interesting as they are - are not indicative of how the final film might have been. Williams approached it more from a live action POV and was creating extra footage to trim down at a later date. It's interesting how this side of the story never really surfaces...'
Posted by Matt Jones at 2:57 PM

I was there! If you have any questions about it let me know

I was there too, I wrote about it and posted some photos my friend took here
http://www.djfood.org/djfood/richard-williams-the-golden-rule

Love your blog, shame it's not updated so much these days, always fascinating to read